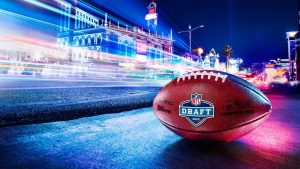 The NFL Draft is less than a week away. As we prepare for the draft, it’s time to consider which teams could see major shifts. Over the next few pieces, I’ll be looking at QB, RB, and WR groups that figure to change thanks to the draft, highlighting three in each category. Today that continues with RB Rooms.

About: The Cardinals were a playoff team in 2021, and that was largely thanks to an outstanding season from Conner. A free agent that signed a team-friendly deal, many wondered what Conner would bring to the Cardinals. Some thought it would be Chase Edmonds that would be the breakout star. Instead, Conner scored 18 touchdowns and finished as RB5 in fantasy. While Edmonds departed in free agency, Conner re-signed on a three-year deal, clearly becoming the top back for the Cardinals.

But it’s fair to wonder if he’s going to shoulder the load alone. He saw 202 carries in 2021, rushing for just 752 yards, less than four yards per carry. Conner is a capable three-down back, but he’s also struggled at times with injury. During a mostly healthy 2021 campaign he still missed two games. Behind him is a crew of journeyman backs making it fair to wonder if the Cardinals—a team with Super Bowl aspirations—are content in their running back group. I have my doubts.

Prediction: The Cardinals have the No. 23 overall pick but I don’t believe any running back in the 2022 class will go in the First Round. In my last Mock Draft, I had two going in the Second Round. That included Breece Hall to the Cardinals. He’s a great three-down prospect, someone who could be a huge contributor and give the team a strong 1-2 punch in the backfield.

About: The Bills have been using a committee approach at running back to varying success for Josh Allen’s entire career. The team has used early picks on Singletary and Moss, each time generating excitement for fantasy players. But it hasn’t ever panned out. Moss has seemingly shuffled out of the rotation, while Singletary has played consistently but only shown flashes of being a force on the field. As the Bills look toward a Super Bowl, a consistent running game would take pressure of Allen as a rusher and passer. The team added veteran Johnson this off-season but is that enough?

I like Singletary, and I loved what he did down the stretch in 2021. He was great for the Bills in the playoffs, too. I’ve wondered for a few years if he could be the guy for Buffalo if given a chance. But it seems like the team is unsettled in the backfield, meaning another pick in that area seems likely as Singletary enters the final year of his rookie contract.

Prediction: Where there is smoke, there is fire. Buffalo needs to improve its production in the running game and many mock drafts have seen them take a top option in the backfield. I also think it’s leaning that way, mocking Kenneth Walker III to the Bills in the Second Round. He’s a powerful runner that could bring a new dimension to the Bills and, perhaps, limit the number of hits Allen has to take in the Red Zone.

On the Roster: Javonte Williams, Mike Boone, and Damarea Crockett

About: The Broncos moved up in the Second Round of the 2021 NFL Draft to snag North Carolina back Williams. Splitting the backfield duties with veteran Melvin Gordon, Williams did not disappoint. He finished as RB17, rushing for 903 yards and four touchdowns, catching 43 passes for 316 yards and three more touchdowns. It gave fans and fantasy players dreams of what Williams could do as the feature back. He appears to be getting that chance in 2021. Gordon is a free agent, and while he could re-sign in Denver it gets more and more unlikely by the day. It should be Williams’ time to shine in a new offensive scheme from Nathaniel Hackett behind new quarterback Russell Wilson.

But are the Broncos content to have little to no depth behind Williams in the modern NFL? Doubtful. While the team traded away its First and Second-Round picks, the Broncos still have nine selections in the upcoming NFL Draft. Depth at running back seems to be a key focus for a team that hopes to compete for the playoffs in a crowded AFC West.

Prediction: The Broncos’ first pick is at No. 64, the last pick in the Second Round. But the team has two selections in the Third Round, and I think one of those will be a running back. I’m leaning toward Georgia back James Cook, a good runner and receiver who could be a great complimentary back for the Broncos.

Matthew Fox is a member of the FSWA. He’s a die-hard NFL fan and Broncos’ homer. You can find more from him on Twitter @knighthawk7734 or as co-host of the Fantasy Football Roundtable Podcast, a part of the Campus2Canton Network.