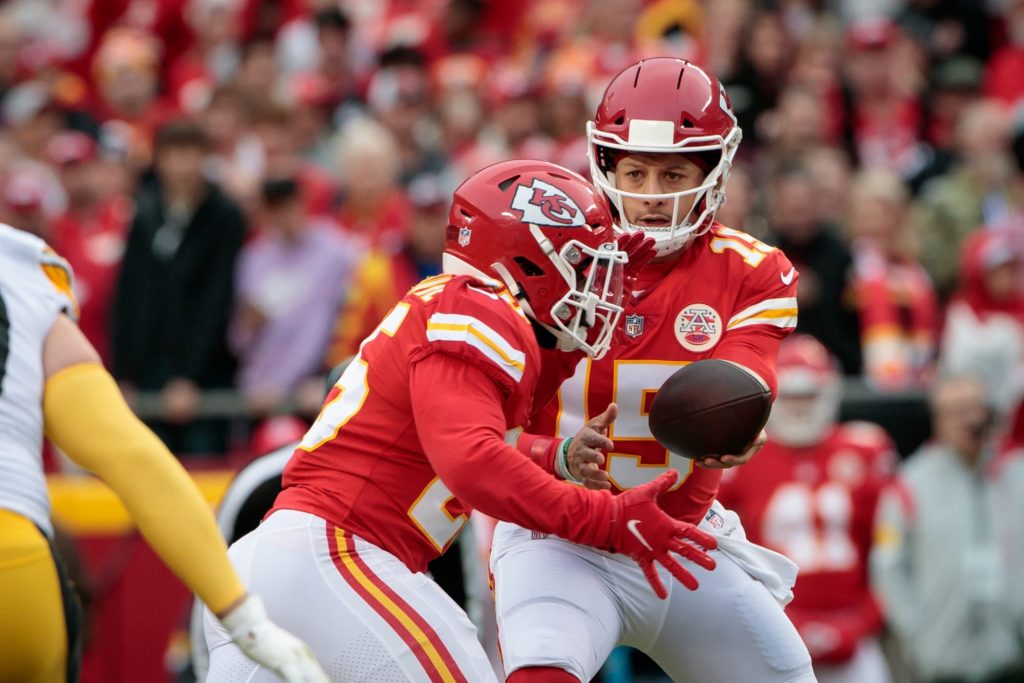 With the 2022 NFL Draft in the books and Free Agency mostly wrapped up, it’s time to turn our attention to the upcoming season. Throughout the off-season I’ll be looking at some position groups that featured new additions and could have a new look come September. Today it’s time to look at one of the most potent offenses in the AFC, the Kansas City Chiefs. Clyde Edwards-Helaire is going into a pivotal third year, but he’s hardly the Chiefs’ only option.

The Chiefs have a prolific offense but rushing isn’t the biggest focus of that attack. In 2021 the Chiefs ranked No. 20 in rush attempts, No. 16 in rush yards and No. 14 in rushing touchdowns. The attack was led primarily by CEH and veteran Darrel Williams. CEH, once a First-Round pick, was limited to 10 games. He carried the ball 119 times for 517 yards and four touchdowns. Williams, a four-year veteran who appeared in all 17 games, carried 144 times for 558 yards and six touchdowns, also catching 47 passes.

Derrick Gore and Jerrick McKinnon also contributed, but the attack was primarily led by CEH and Williams. Quarterback Patrick Mahomes was actually the team’s third leading rusher with 381 yards on 66 carries.

This off-season, the Chiefs let Williams leave. He signed a one-year deal with the Arizona Cardinals. It looked for a time like the Chiefs were going to lean on CEH, a player who was a popular top pick in dynasty rookie drafts when he landed on the Chiefs in 2020. Instead, the Chiefs signed former Buccaneers’ back Ronald Jones to a free-agent contract. Jones signed a one-year, $1.5 million deal that is actually less than Williams’ deal in Arizona. Yet, he provides depth and potential competition in the backfield.

Jones was a Second-Round pick for the Buccaneers in 2018 and spent four years with the team. At times, he showed himself a capable rusher. He carried 192 times for 978 yards and seven touchdowns in 2020. That was good enough to finish as RB20 that season. In 2021 he seemed to fall out of favor, and out of the regular rotation, with the Buccaneers. He saw only 101 carries over 16 games, rushing four 428 yards and four touchdowns. Leonard Fournette carried the load and re-signed with the Buccaneers this off-season while Jones moved on to Kansas City.

Jones is in town and CEH is coming into his third season. The Chiefs also re-signed McKinnon, who’s been known as a strong receiving back throughout his career. Gore remains on the roster and rookie Isaih Pacheco was drafted in the Seventh Round, while Jerrion Ealy was signed as an undrafted free agent. That gives the Chiefs’ options, but what will they do with those options?

Rushing hasn’t been a big part of the Chiefs’ offense with Mahomes as starting quarterback. The team was No. 23 in rushing yardage in 2019 and No. 16 in 2020, as they were last year. The best individual producer in those three years was the 803-yard season CEH turned in as a rookie. Can he get back to that? Perhaps, but signing Jones seems to indicate more of a split approach, similar to 2021.

Jones has primarily been a rusher throughout his career. He has caught some passes, but that’s far from his area of focus. That leaves pass-catching duties as a big question in 2022. Last season, Williams tallied 47 receptions. CEH only caught 19 passes on 23 targets in 2021, but as a rookie he saw 54 targets and caught 36 passes for 297 yards. He could be more of a focus of the passing game. So, too, could McKinnon. For his career, McKinnon has 142 receptions on 191 targets. When with the Vikings, he was a big part of the passing attack out of the backfield.

The Chiefs have options, meaning it comes down to value. CEH is currently going as RB24 in drafts. At that point, you’re expecting him to be the lead back, putting up a season similar to his rookie year when he finished as RB22. That’s possible but given the competition it seems unlikely. I expect Jones to have a role as a rusher for the Chiefs, eating into the workload and fantasy ceiling for CEH. He’s going as RB39 in drafts, which is a better value.

I suspect the 2022 Chiefs’ backfield could play out similar to what happened with the Cardinals in 2021. Many expected Chase Edmonds to be the best value, but it was veteran James Conner on a one-year prove it deal that turned out to be the back you wanted. CEH will have a role but I don’t think he’ll ever become the dominant fantasy option at the position some hoped to see when he went 1.01 in rookie drafts.

The AAC features Cincinnati, Houston, and UCF - but all those teams are off to the Big…