The goal of this model is to use college football statistics to help us predict how successful a quarterbacks will be for fantasy football in the NFL. The variable I am predicting is total fantasy points in a QBs first five seasons, which would be the length of a rookie contract with a fifth year option for first round picks. If a player is still active in the NFL and has not reached 5 years then their current historical points have been extrapolated to five years through an average.

The Adjusted R-squared for just QBR is  0.6104. By parsing out the Passing EPA portion of QBR and applying my homegrown Rush Yards Over Expectation (RYOE) metric, we receive a higher correlation to our predictive variable of 0.6371. I have had a feeling that rushing EPA is not the best variable to measure rushing performance because rushing is much less effective at improving a team’s field position. I have taken a simpler approach to measuring rushing performance by adjusting rush attempts based on the situation through RYOE. Finally, college seasons have proven to be predictive in a linear fashion, meaning the more college seasons played the higher the prediction. This makes sense from a timeline of 1-3 years but I have capped this number at three years to not give extra credit for staying in college longer. Also current prospects were given a projected final college seasons. 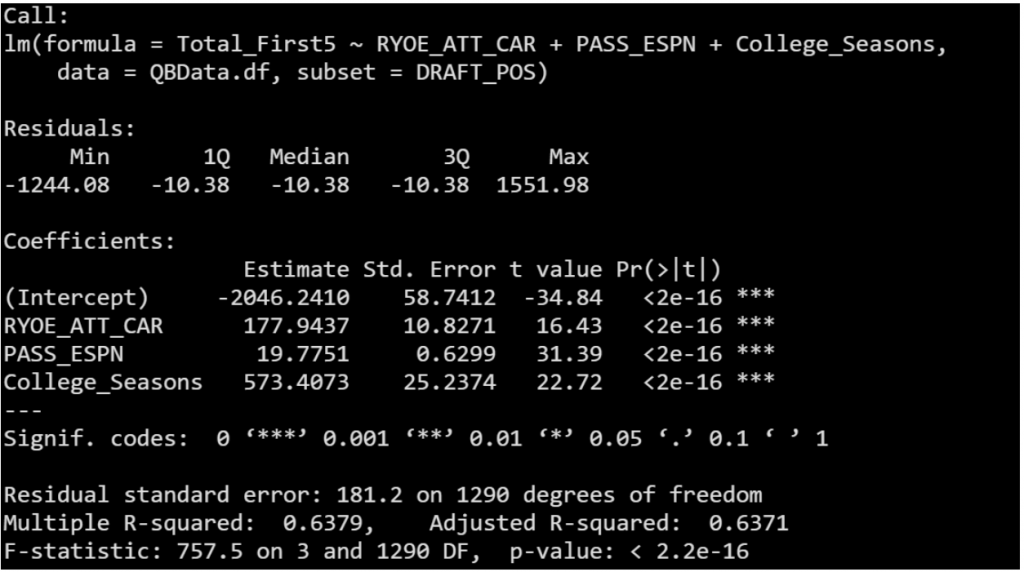 I have stacked the top 70 current and prior prospects in the chart below, which has been arranged by predicted fantasy points. For upcoming rookie drafts I would let draft day create a tier of prospects and organize the tiers based on the projection. For devy/C2C drafts I will be using ADP data to create tiers and organize these players based on the projections.  A few notes from the results: 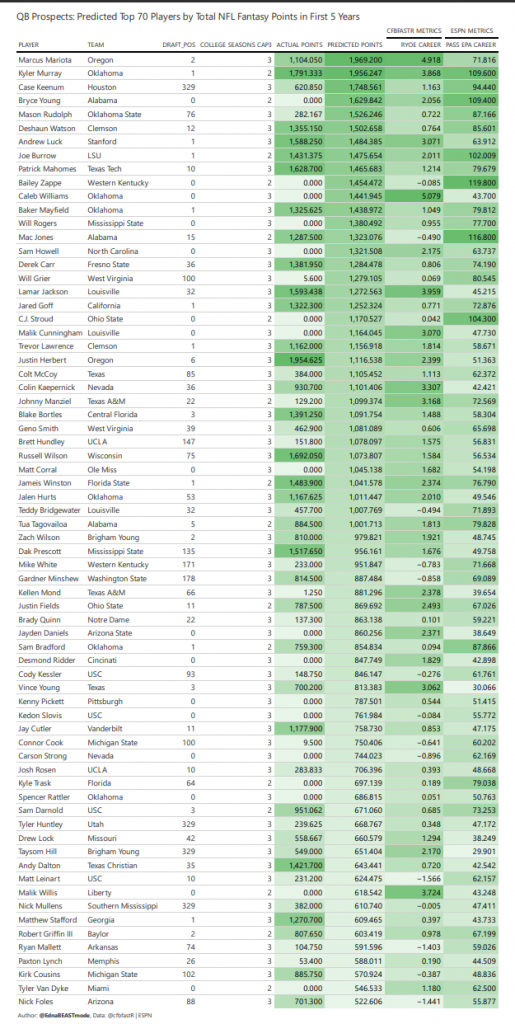 Conference Championship Saturday is a few days away. The Big 12 matchup…

After dismantling Ohio State 45-23 in ‘The Game,’ Jim Harbaugh and the…

Clemson has been here almost every year of the past decade but Drake Maye and the Tar Heels are looking to unseat the Tigers.
YouTube Video VVVBdGtRNkIwc1NZUHJ5WFNxUXIxb3JBLnNKakZsZmhldHBR