While Week 4 didn’t have any marquee college football games, it did give us some upsets. We had NC State take down Clemson, Arkansas beat Texas A&M, SMU beat TCU, and Notre Dame crushed Wisconsin. We’re starting to see who are contenders and pretenders.

This season I will be bringing you a weekly column on navigating the college football landscape and its ever-changing devy values. Value can be difficult to judge, especially in leagues where there are so many different types of managers. But it’s good to get out in front of your league mates, especially in C2C. Let’s dive in.

Everyone at this site knew that Jake Haener would have an outstanding season at Fresno State. As far as college production, he was always a must draft and could very well lead your C2C team to a championship this year. The real reason Haener’s stock is up is that people are now starting to talk about him as a fringe NFL prospect, and he even has odds to win the Heisman. That’s something that not a lot of people thought could be possible.

Haener has led Fresno to a 4-1 record while throwing for 1,842 yards and fifteen touchdowns this season. He has looked dominant on the field, including against UCLA, where he played injured for an entire quarter. As a quarterback, he’s improved in every facet of the game. His arm strength is there, along with his accuracy. If he can lead Fresno State to an MWC Championship, he could have an outside chance at a Heisman invite and, at the very least, should be drafted in next year’s draft.

Billingsley has survived Nick Saban’s doghouse and looks to be the player we thought he could be this season. Billingsley was always going to be one of Alabama’s X-factors. With his versatility as a receiver, he creates mismatches all over the field. He can line up outside, inline, or the slot, and with his size and athleticism, there are not a lot of defenders who can match up with him. This season he only has six receptions for 131 yards and two touchdowns, but that’s in two games, and in his last game against USM, we saw just how talented he could be. If his previous game indicates his continued usage, we could be in store for a fun second half from Billingsley. His recent play should excite his C2C managers. Billingsley can finally be counted on in lineups and should be a pivotal player down the stretch in your leagues.

Addison has had a fantastic start to the season in 2021. He has already scored eight touchdowns in four games this season and has over four hundred receiving yards. The young sophomore receiver is proving critics wrong this year and has demonstrated how versatile he is. They have used him as a runner in the slot, outside, and backfield. Pitt has designed runs for the young receiver, and he is a threat to take it to the endzone on every play. They also have used him in bubble screens, and mid-screens all plays designed to get him the ball in open space. Addison also possesses great hands, and he is an above-average route runner. He has excellent ball skills and has shown an ability to make catches in traffic over the last four games. He uses excellent body control and his hips well to create separation from defenders. Addison has been one of the best receivers in college football this season.

With quarterback Phil Jurkovec likely to miss the remainder of the 2021 season, Boston College needed someone to stop up in their offense, and that player has been Pat Garwo III. The young sophomore running back has come out of nowhere to rush for 412 yards and four touchdowns this season. His best game came last week against Missouri, where he rushed for 175 yards and two touchdowns, including a career-long 67-yard run for a touchdown. As a runner, he has incredible contact balance and explosiveness. Garwo is the type of player that can help you win C2C leagues this season. He is a popular waiver add because of the volume that he will see the rest of the season.

Olave has had a good year this year. He has 18 receptions for 255 yards and three touchdowns. But we have seen others in that room perform better than him, including my personal favorite, Jaxon-Smith Njigba. Before the 2021 season, JSN was my pick to be the Buckeyes’ second-leading receiver, and I’ve always been down on Olave. Based on the numbers you see below and the fact that he came back to play for his senior season, I’ve never been very high on him as a prospect. He should have declared last season, and now with new receivers emerging in this class, I have a hard time seeing him get drafted in the first round. Olave will need to have great testing numbers and a better finish down the stretch. In my opinion, his ceiling is nothing more than low-end WR2, and we are starting to see that. 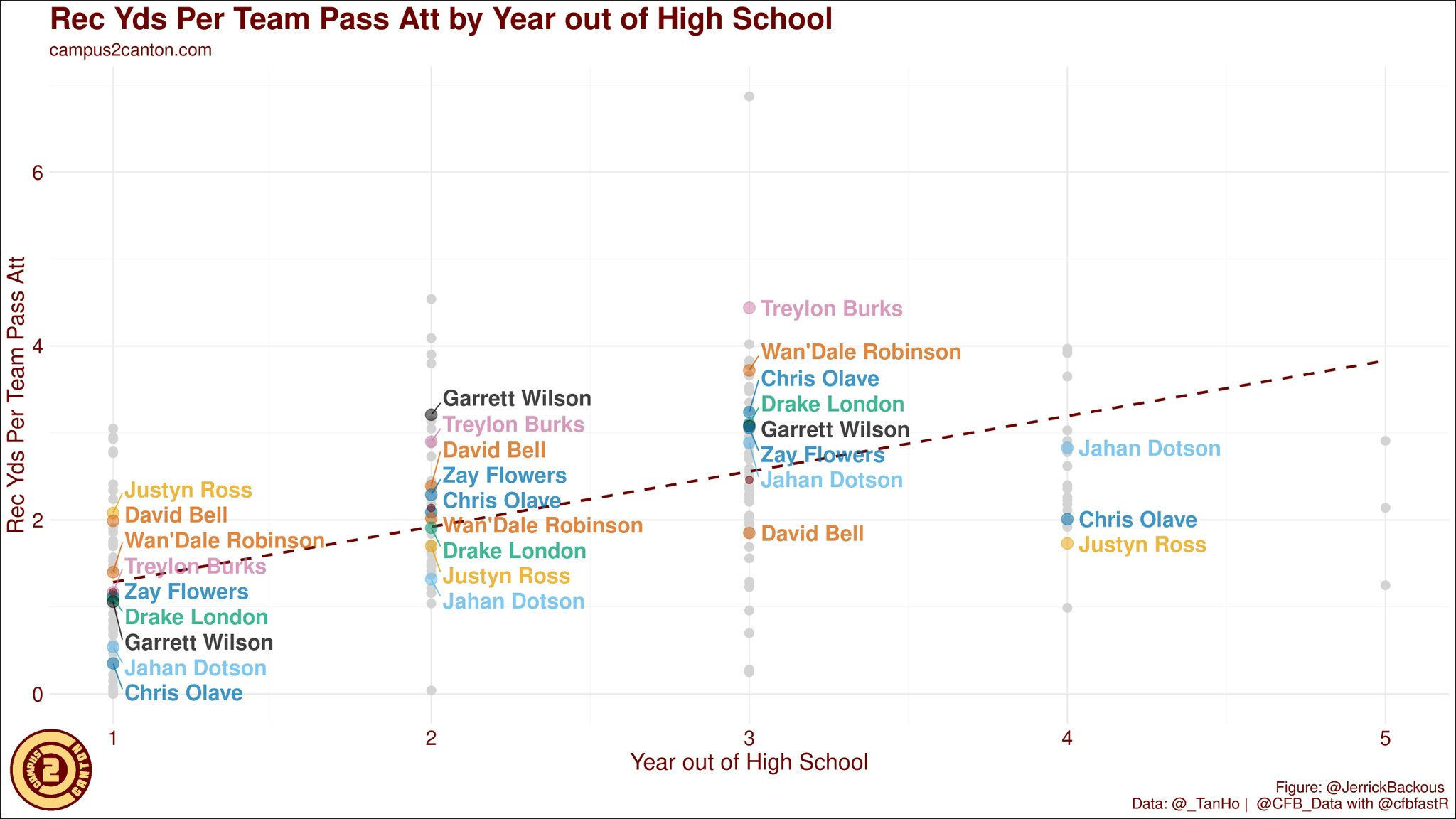 Chris Moxley (@chrismoxley19) breaks down the fantasy relevant players and favorite stashes for Conference USA in 2022.